In a move that is both illegal and brazen, the Related Companies is demolishing a building at the Bronx Terminal Market and at the same time intentionally disrupting the legitimate operation of the market as a wholesale food distribution center. Related is doing this while continuing to pocket the rent money of the market wholesalers, money that is being used to destroy the existing businesses.

Under the terms of the current lease, Related's only legal role at the BTM is to continue to operate the market as set forth in the City Charter. This lease, as we have frequently pointed out, allows the inside trader to keep over three million dollars a year while turning over a paltry $250,000 a year to the City.

It needs to be strongly emphasized that the proposed plans to develop the BTM as a shopping mall have, just as with the attempted evictions of the market merchants themselves, not yet been approved. Given this obvious breach of its fiduciary responsibility it is time for Related to be enjoined by the court from illegally profiteering from the tenants rent checks.

At the same time, the court needs to restrain Related from interfering with the ongoing business at the BTM. A loading dock has been blocked, deliveries thwarted, and the entire area is being impeded by the contruction crew's personal vehicles.

Most egregious, however, is the piling of undetermined and quite possibly contaminated debris in an uncovered area. The uncovered matter has become airborne and is threatening the health and safety of the merchants, their customers and, most importantly, the community at large. Don't forget that this is a neighborhood that is plagued with asthma and respiratory ailments.

In response to this brazen illegality, the lawyers for the BTM merchants have sent a letter to the mayor, alerting him to the activities of Related, and requesting his intercession to stop this blatant attempt to violate the City Charter. Related, by its arrogant and illegal actions, has made one thing perfectly clear, particularly to the community. This is not a company that can be trusted to carry out large scale development in the South Bronx and should be removed immediately.

Once Related is removed and paid the $40 millions in blood money that it "negotiated" with the city, an open bidding process should be immediately commence. If this is done, we would soon discover, just as we did at Hudson Yards, that the BTM property is worth a heck of a lot more than the Related sleight-of-hand swindle currently provides the city with.

Here again are some pics of Related's illegal actions: 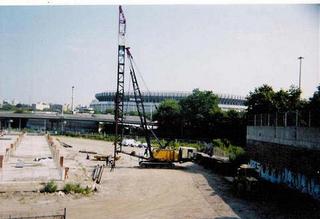 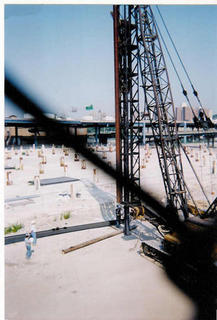 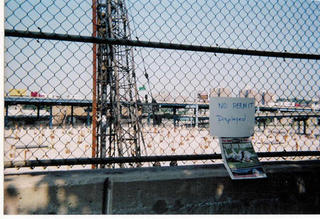 Posted by Neighborhood Retail Alliance at 7:54 AM